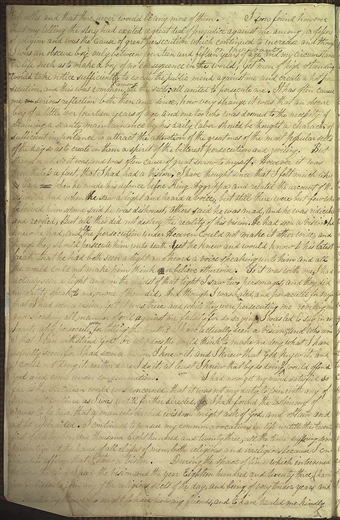 apostles and that [HC 1:6] there never would be any more of them. I soon found however that my telling the story had excited a great deal of prejudice against me among professors of religion and was the cause of great persecution which continued to increase and though I was an obscure boy only between fourteen and fifteen years of age <​or thereabouts,​>
11