Have students also read the summary of what is often called the “Second Great Awakening” found in Daniel Walker Howe, What Hath God Wrought: The Tranformation of America, 1815–1848, Oxford History of the United States (New York: Oxford University Press, 2007), pp. 176–195.

Also, students should be familiar with the 1821 conversion experience of Charles Grandison Finney, as told in his Memoirs (New York: A. S. Barnes, 1876), 12–23, available at archive.org.

In 1830, Joseph Smith published the Book of Mormon and founded what became the Church of Jesus Christ of Latter-day Saints. As Smith’s followers moved westward again and again in response both to his revelations and to conflict with neighbors, they played an important role in expanding the frontiers of the United States—particularly after Joseph Smith’s death, when thousands migrated west of the Rocky Mountains. The unique expression of Christianity taught by Joseph Smith continues to influence millions worldwide.

Joseph Smith was born in Vermont in 1805. The Smiths were hardscrabble farmers who moved frequently during Joseph’s youth; following widespread crop failures in 1816, the family moved to the frontiers of western New York seeking better opportunities.  In New York, Joseph Smith was caught up in the waves of religious fervor that overtook many Americans in the first decades of the nineteenth century.

As more and more Americans migrated to the open lands on the western frontiers of the country, various denominations competed for converts. The period was marked by a resurgence of religious conversion, perhaps best illustrated by camp meetings, with their fiery sermons and displays of spiritual fervor. Western New York was particularly noted for revivalism and acquired a reputation as the “burned-over district” because the fires of revivalism and social activism had swept through so often. Methodist circuit-riding preachers and Baptist ministers took their populist message to the people in remote regions, and both movements saw enormous growth. Other denominations, including Presbyterianism, worked to keep up. Into this religious “war of words,” as he later called it, stepped fourteen-year-old Joseph Smith.

In his later accounts, Joseph Smith stated that during the spring of 1820 the religious tumult led him to pray for guidance. He later recorded his ensuing “First Vision”—as it has come to be known in Latter-day Saint theology—in four accounts, written between 1832 and 1844. 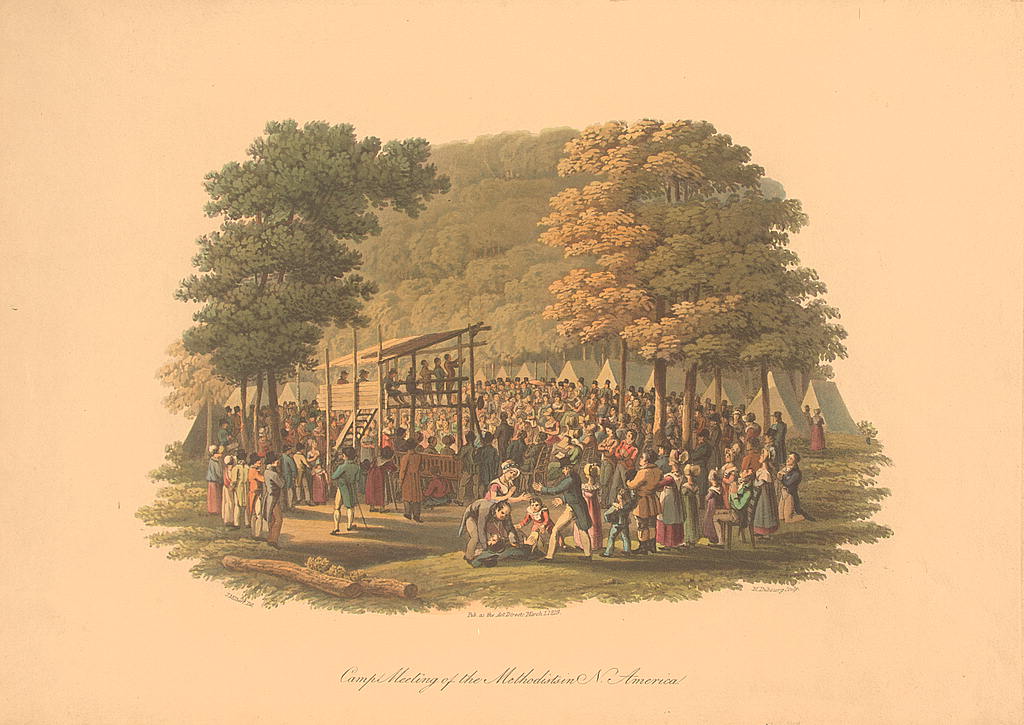 Begin by rereading passages from the excerpts, perhaps including pages 1–3 of the 1832 history and page 3 of the 1838 account.

Display the photographs of the original documents from the Joseph Smith Papers website and ask students to evaluate them.