We are pleased to announce our latest web content release, which includes the entirety of Documents, Volume 6, as well as many Kirtland priesthood licenses and a number of legal case documents.

Documents, Volume 6: February 1838–August 1839 begins with Joseph Smith fleeing Kirtland for Far West, Missouri, to join the Latter-day Saints there. However, after conflicts with neighbors erupted into what later became known as the “Mormon War,” Joseph Smith was arrested and incarcerated, while the Saints were violently forced from the state. In spring 1839, after spending a winter in jail, Smith escaped to Illinois, where he once again began to establish a gathering place. Highlights from this volume include the following:

The record book titled “Kirtland Elders’ Certificates” includes nearly four hundred licenses attesting that a male priesthood holder had been ordained to a priesthood position and was given permission to preach the gospel and perform other priesthood duties. The licenses are also being published individually in the online Documents series under their issue dates.

In the Legal, Business, and Financial Records series, we have added introductions for six Ohio legal cases, one Illinois legal case, and one Missouri legal case, as well as documents for five more Ohio legal cases. The newly published cases include three that focus on debts, one that involves the plundering of Joseph Smith’s house in Far West, a case in which Smith served as a witness in a dispute over a cow, and a complaint he made against Thomas J. Hunter for maligning both his character and the church. There is also a proceeding in which Joseph Smith was charged with assault and battery for an altercation with his brother-in-law Calvin Stoddard over whether a parcel of land contained water. In the end, the judge found him not guilty because Stoddard testified that Smith had apologized directly after the incident. 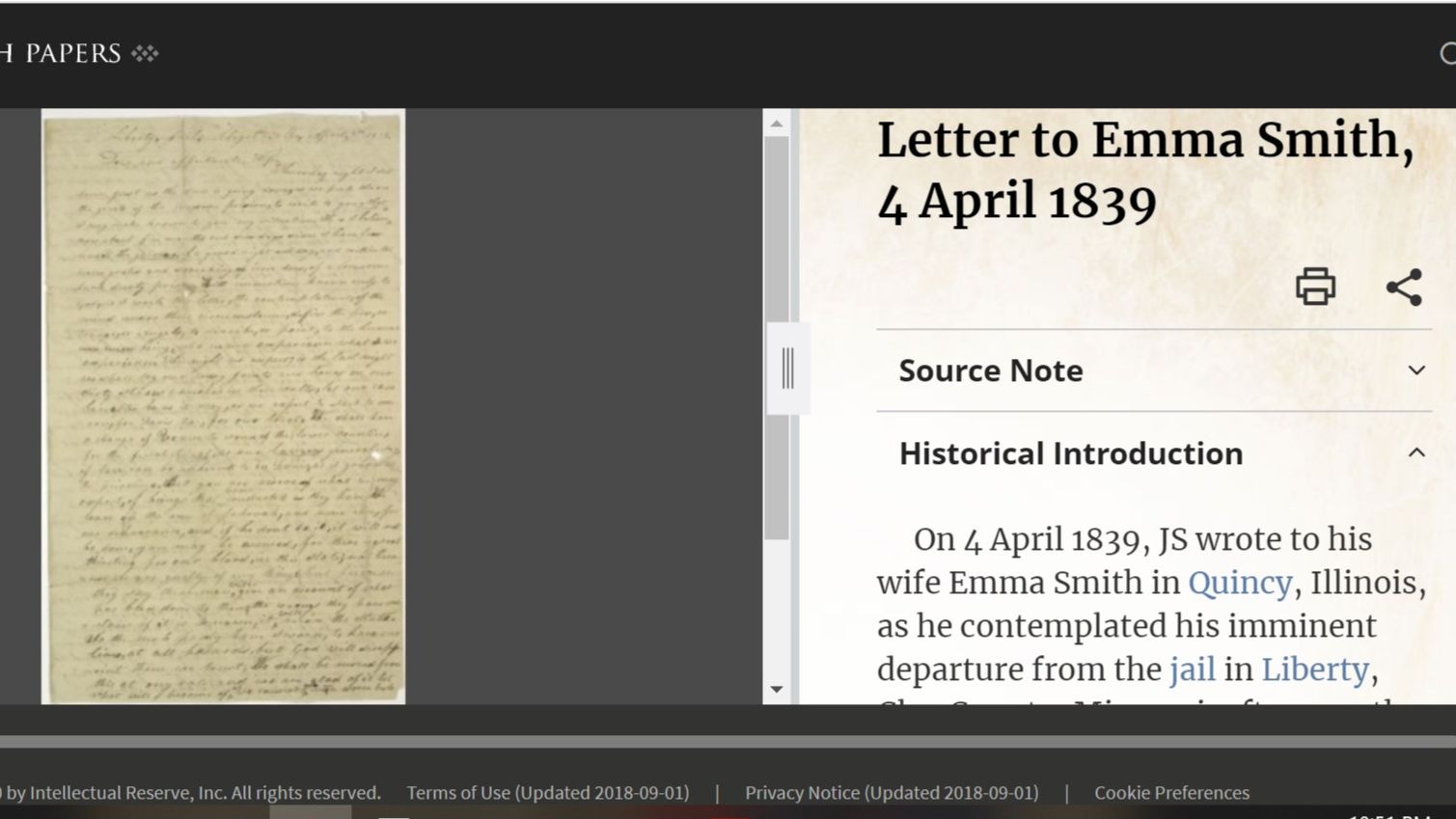