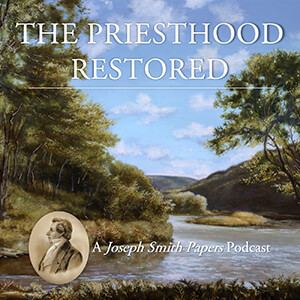 The Priesthood Restored: A Joseph Smith Papers Podcast is a six-part miniseries from the Joseph Smith Papers Project that explores the events and circumstances that played a role in the restoration of the priesthood. Series host Spencer W. McBride interviews historians, researchers, General Authorities, and others in a documentary-style podcast about this defining topic in Latter-day Saint history. 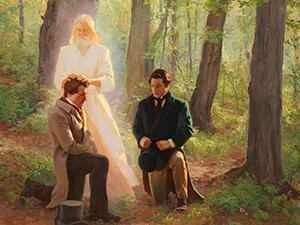 Listeners will hear the story of the restoration of the priesthood in a way that reveals how that restoration was a prolonged process and not simply a series of angelic visitations. 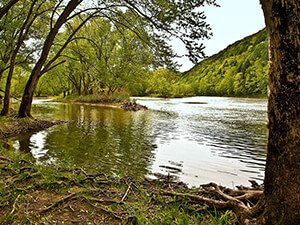 Episode 1: “The Great Strife and Noise”

This episode examines the religious landscape of the United States in 1829 and how debates among Americans over priesthood may have shaped the way that Joseph Smith and Oliver Cowdery considered their own questions about religious authority. 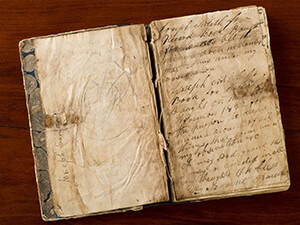 Episode 2: “Days Never to Be Forgotten”

This episode tells the story of John the Baptist’s conferral of the Aaronic Priesthood on Joseph Smith and Oliver Cowdery on May 15, 1829, in Harmony, Pennsylvania. It also considers what else was happening on that day that helps shape our understanding of the Joseph’s experience. 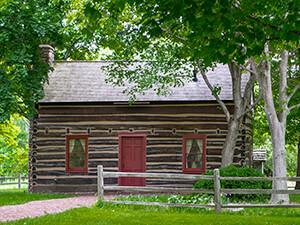 Episode 3: “The Voice of Peter, James, and John”

This episode explores what we know—and what we don’t know—about the restoration of the Melchizedek Priesthood and the establishment of the church. We glean what we can from historical documents to learn more about the timing and location of the visitation of Peter, James, and John to Joseph Smith and Oliver Cowdery. 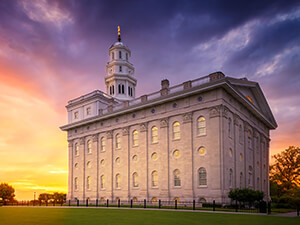 Episode 4: “The Fulness of the Priesthood”

In this episode we examine the ways that Joseph Smith’s understanding of the priesthood and its role in the lives of Latter-day Saints expanded with time, experience, and additional revelation. 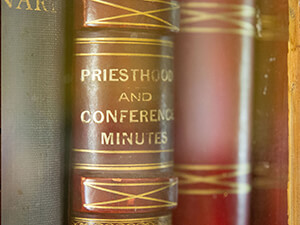 After Joseph Smith’s death in 1844, church leaders continued to develop priesthood organization in response to the needs of a growing church. This episode also explains how the temple and priesthood restrictions based on race came to be and how church leaders eventually saw an end to those restrictions. 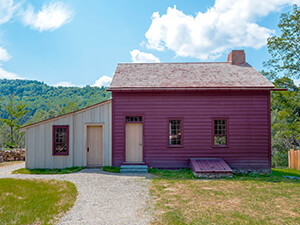 In this episode we discover how the Priesthood Restoration Site became a destination for thousands of people to visit each year and consider how the history of the priesthood restoration influences the religious devotion of Latter-day Saints today.

The Priesthood Restored podcast is produced in cooperation with the Latter-day Saint Channel.