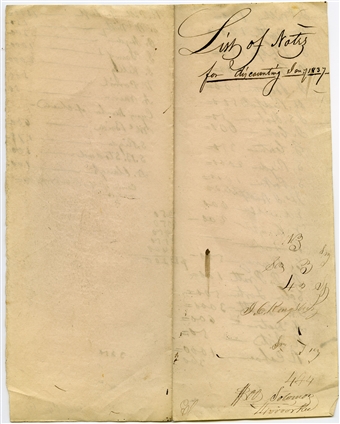 TEXT: The initials “JB” were written upside down at the fold.