Title Page of Book of Mormon, circa Early June 1829 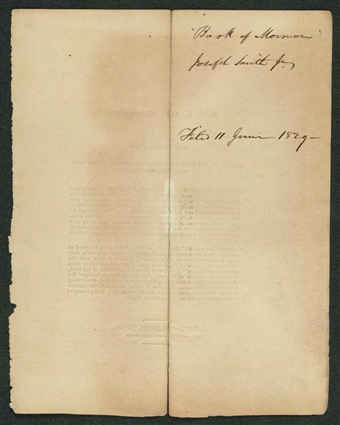 Docket on back of sheet in unidentified handwriting.

Docket on back of sheet in unidentified handwriting.