Book of Abraham Manuscript and Explanation to Accompany Facsimile 1, circa February 1842 [Abraham 1:1–2:18] 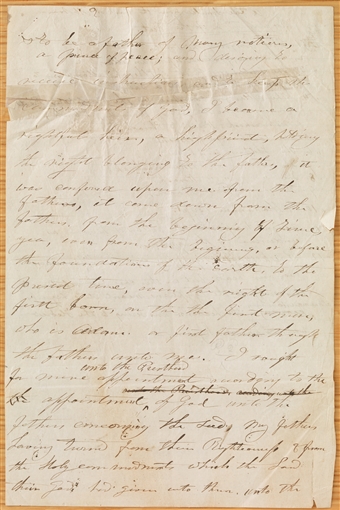