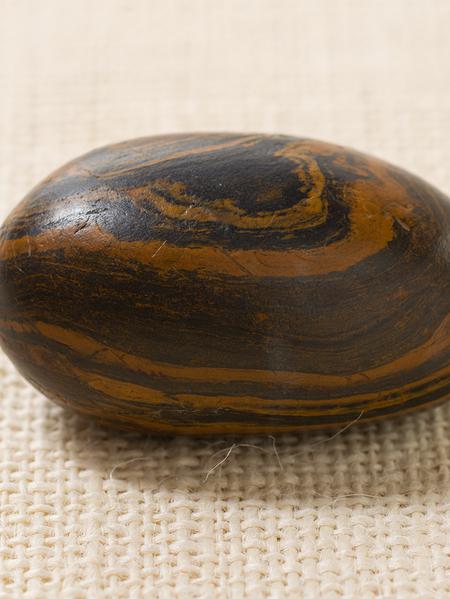 A special stone used for seeing visions and aiding translation.
1

The Book of Mormon: An Account Written by the Hand of Mormon, upon Plates Taken from the Plates of Nephi. Palmyra, NY: E. B. Grandin, 1830.

According to a European tradition of folk belief reaching back at least into the middle ages, quartz crystals or other stones could be used to find missing objects or to see other things not visible to the natural eye.
2

This practice accompanied European immigrants to North America and was part of JS’s cultural environment in western New York in the 1820s, though by then the practice was waning.
3

Kelley, E. L., and Clark Braden. Public Discussion of the Issues between the Reorganized Church of Jesus Christ of Latter Day Saints and the Church of Christ (Disciples), Held in Kirtland, Ohio. . . . St. Louis: Clark Braden, 1884.

By 1826, JS had at least two seer stones, and according to Brigham Young he eventually had five seer stones.
5

According to JS, in 1823 an angelic messenger revealed to him the location of gold plates and an instrument with which to translate them.
6

This instrument consisted of “two stones in silver bows” that had been used by “seers in ancient times.”
7

The Book of Mormon itself referred to “interpreters” that were to be kept with the plates.
8

The Book of Mormon: An Account Written by the Hand of Mormon, upon Plates Taken from the Plates of Nephi. Palmyra, NY: E. B. Grandin, 1830.

JS explained that he used the pair of stones found with the plates in his translation of the Book of Mormon.
9

Eyewitnesses reported that he also translated using a dark brown seer stone placed in a hat to exclude exterior light and that he used a seer stone for many of his early revelations.
10

JS referred to the pair of stones found with the plates as “spectacles,” and he later referred to these stones and his other seer stones with the term “Urim and Thummim,” the name of the instrument used by the high priest of Israel in the Bible.
11

In 1830, JS apparently began dictating most of his revelations without the aid of a seer stone.
12

Whitmer, David. An Address to All Believers in Christ. Richmond, MO: By the author, 1887.

A device used to translate and receive revelation. In the Old Testament, the high priest of Israel used a device by this name to discern God’s will for Israel. The Book of Mormon gives an account of an ancient prophet, Mosiah, who translated records into ...