Statement of Account from Hitchcock & Wilder, between 9 July and 6 November 1838 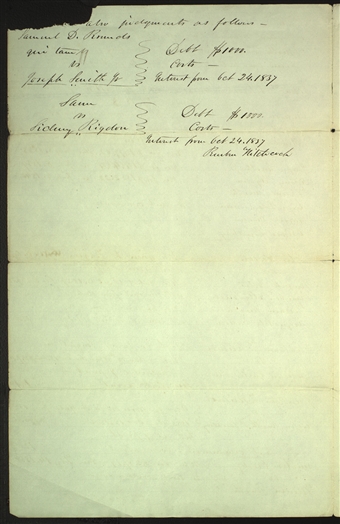