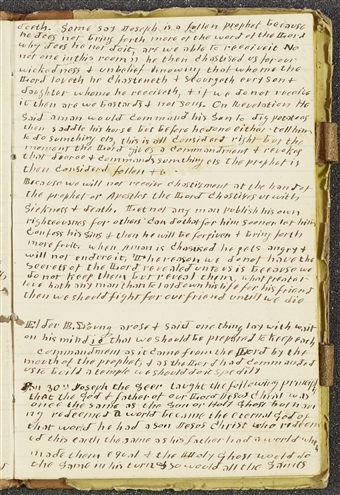 [p. [3]]
Jan 30[th] 1842 Joseph the Seer taught the following principles that the God & father of our Lord Jesus Christ was once the same as the Son or Holy Ghost bothaving [both having] redeemed a world became the eternal God of that world he had a son Jesus Christ who redeemed this earth the same as his father had a world which made them equal & the Holy Ghost would do the same in his turn & so would all the Saints
1