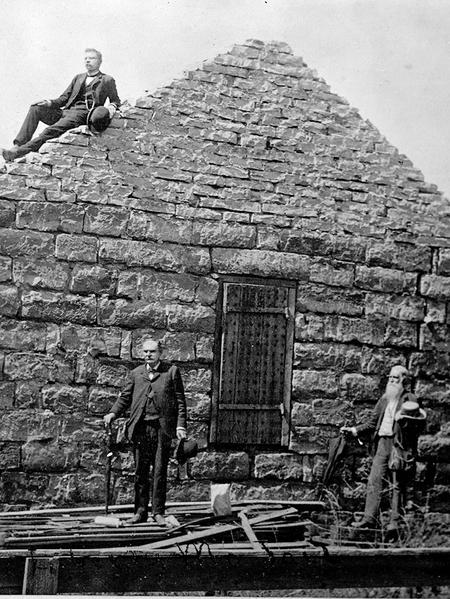 History of Clay and Platte Counties, Missouri, Written and Compiled from the Most Authentic Official and Private Sources. . . . St. Louis: National Historical Co., 1885.

History of Clay and Platte Counties, Missouri, Written and Compiled from the Most Authentic Official and Private Sources. . . . St. Louis: National Historical Co., 1885.

Following expulsion from Jackson Co., 1833, many Latter-day Saints found refuge in Clay Co., with church leaders and other Saints taking up residence in and near Liberty.
5

Described in 1837 as having “fourteen stores and four groceries” and large brick courthouse.
8

Wetmore, Gazetteer of the State of Missouri, 59.

Wetmore, Alphonso, comp. Gazetteer of the State of Missouri. With a Map of the State, from the Office of the Surveyor-General, Including the Latest Additions and Surveys . . . . St. Louis: C. Keemle, 1837.

During eventual expulsion of all Latter-day Saints from Missouri, JS and other leaders were imprisoned in Liberty, Dec. 1838–Apr. 1839.
10

While incarcerated, JS wrote or coauthored twelve letters, portions of two of which were later canonized, to family members and church leaders regarding legal proceedings and plans for Saints’ settlement in western Illinois.
11