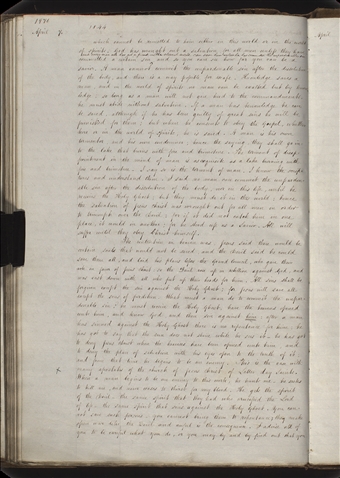 TEXT: One line of erased text.